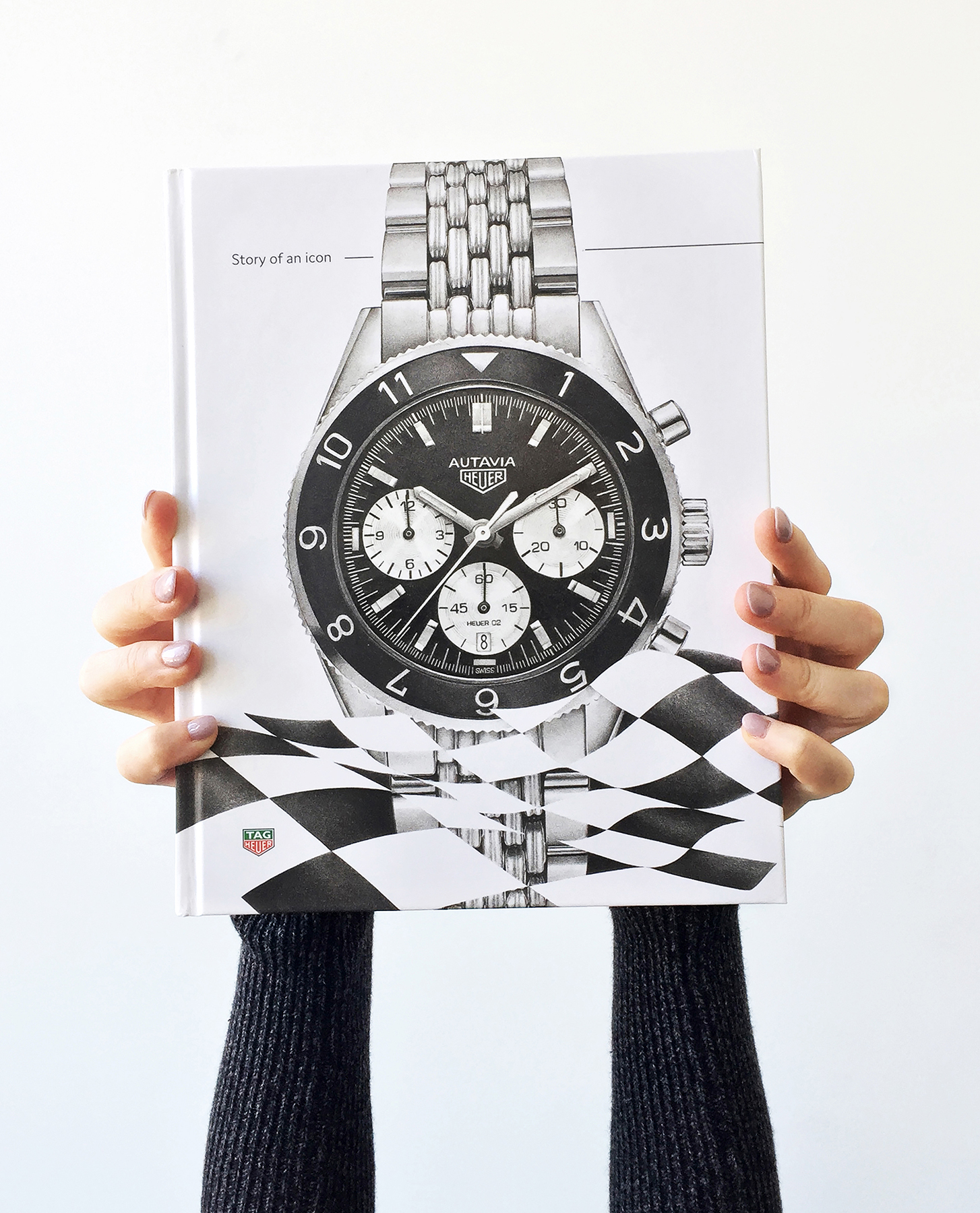 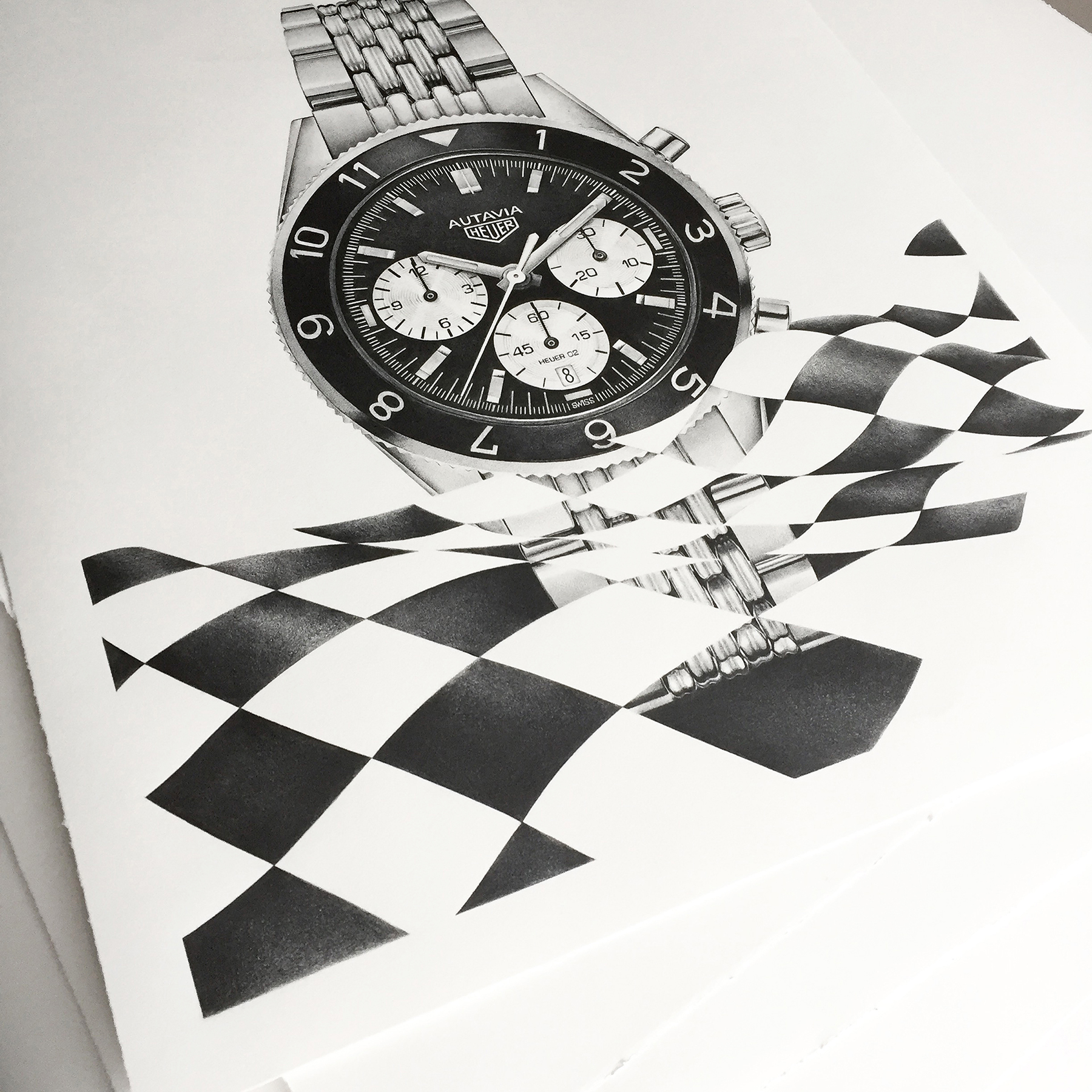 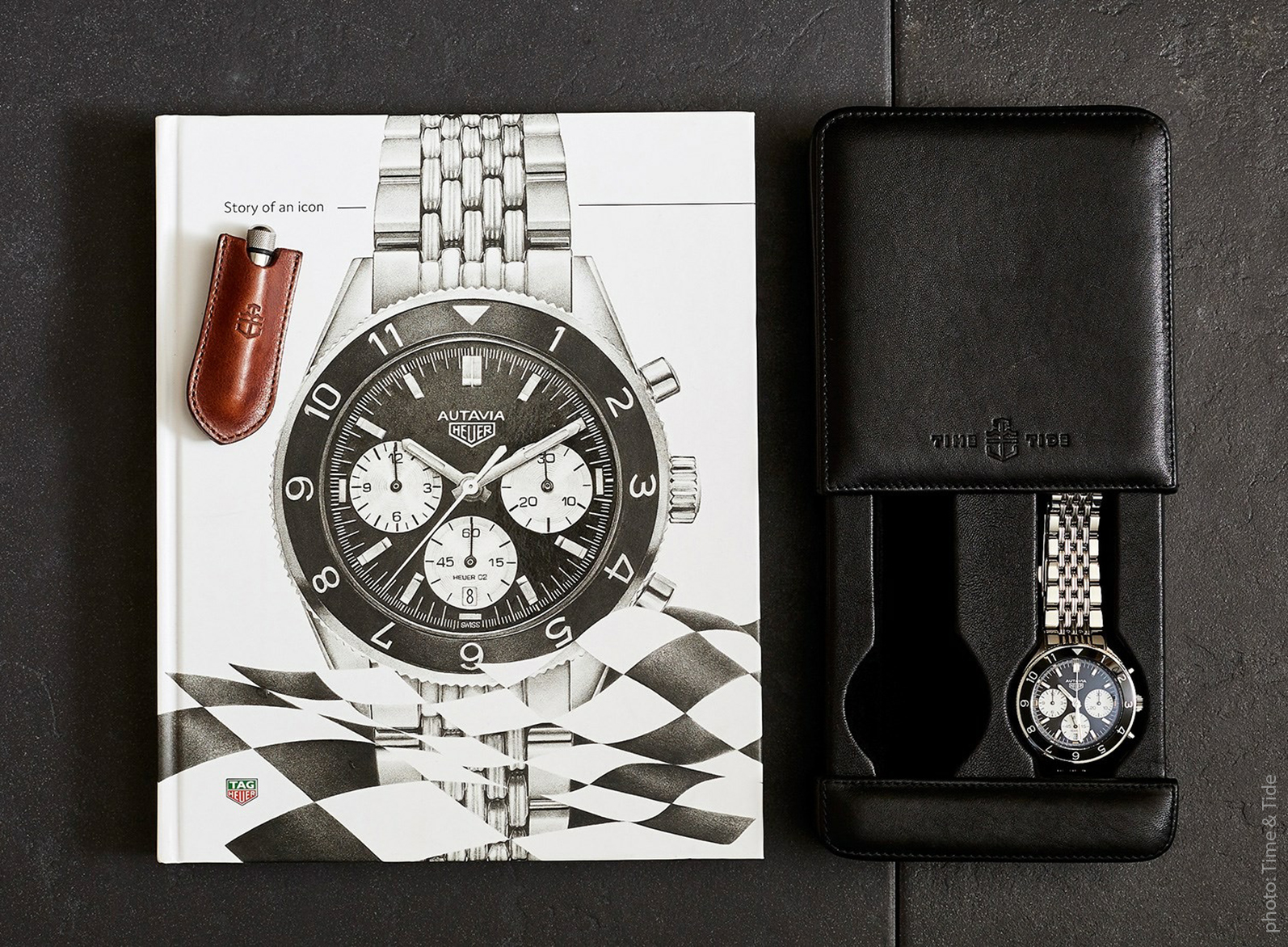 The new TAG Heuer Autavia is here at last, along with this beautiful book! It was such an honour to create the cover artwork for this book filled with all sorts of interesting stories and Autavia history. A very special addition to my library, for sure.

A timepiece of serious sporting heritage, the Autavia was first a dashboard timer for rally cars. The name comes from a combination of “AUTomotive” and “AVIAiation”. In his first year at Ed. Heuer & Co., Jack Heuer was in a Swiss car rally with Samuel Heuer (but no relation). They were in good shape until close to the finish when Jack misread the dial on the Heuer 12-hour ‘Autavia” dashboard stopwatch by a minute. As a result, the team came in third place instead of first and according to Jack, this error infuriated him! He realized that the dial of the “Autavia” stopwatch was too difficult to read at top speeds. So, he got to work making modifications to improve the timekeeper. In 1962, the design was adapted to a wrist chronograph and became the first Heuer with a rotating bezel.

In 2016, TAG Heuer launched the Autavia Cup and let people cast their votes for the first generation Autavia they’d like to see revived. The winner was Ref. 2446 with Mark Three dial which was worn by Formula 1 champion Jochen Rindt.