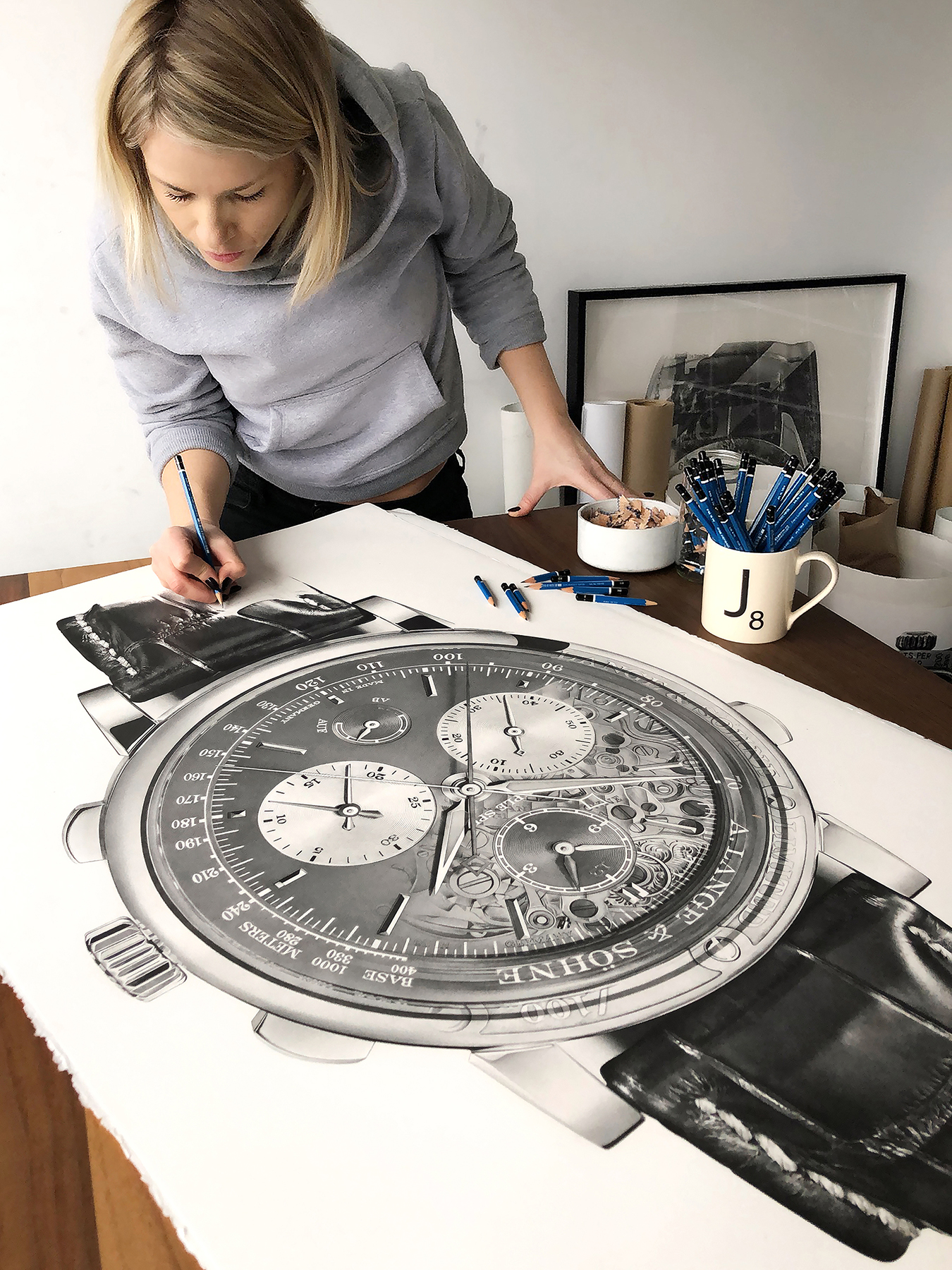 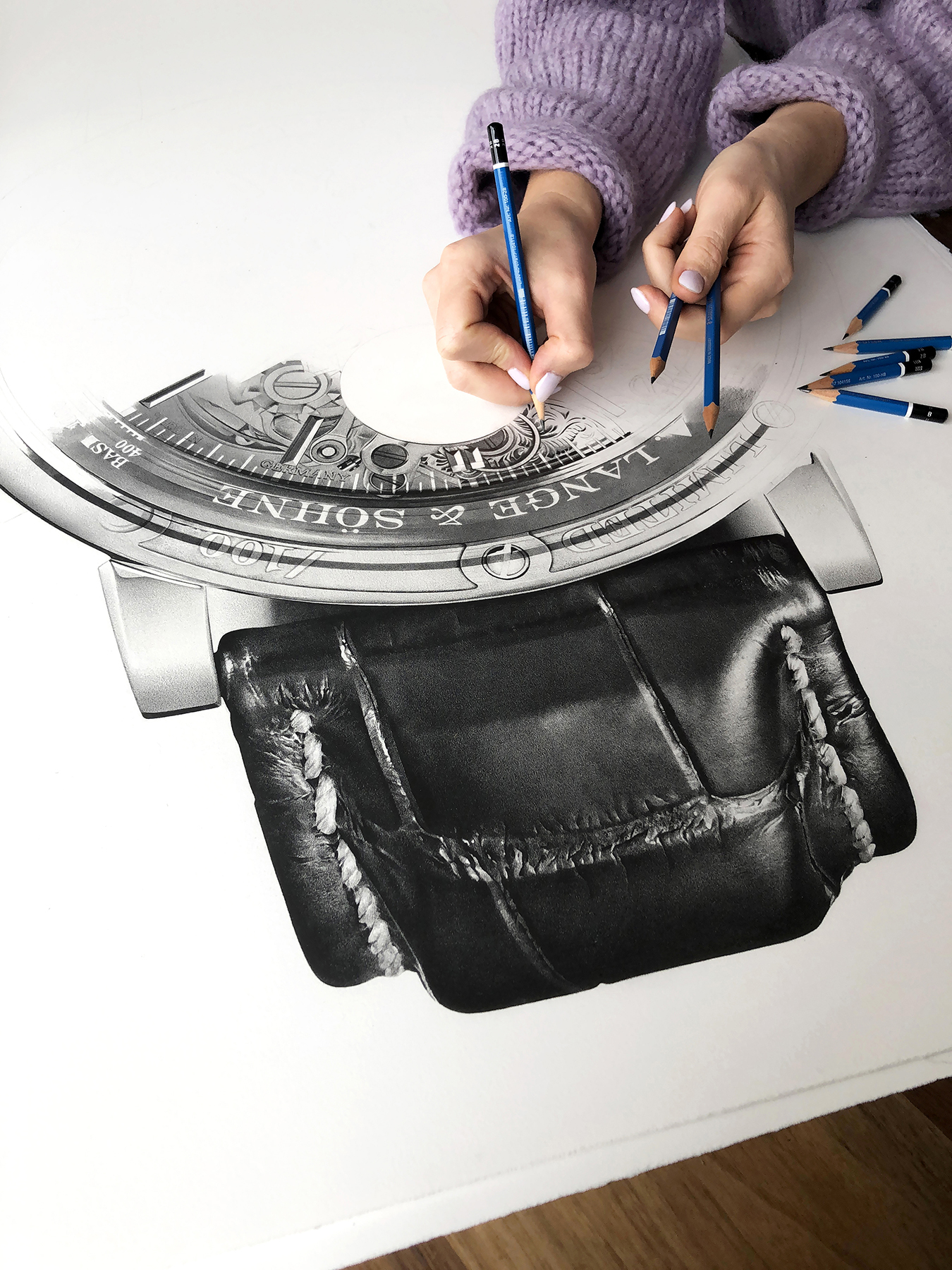 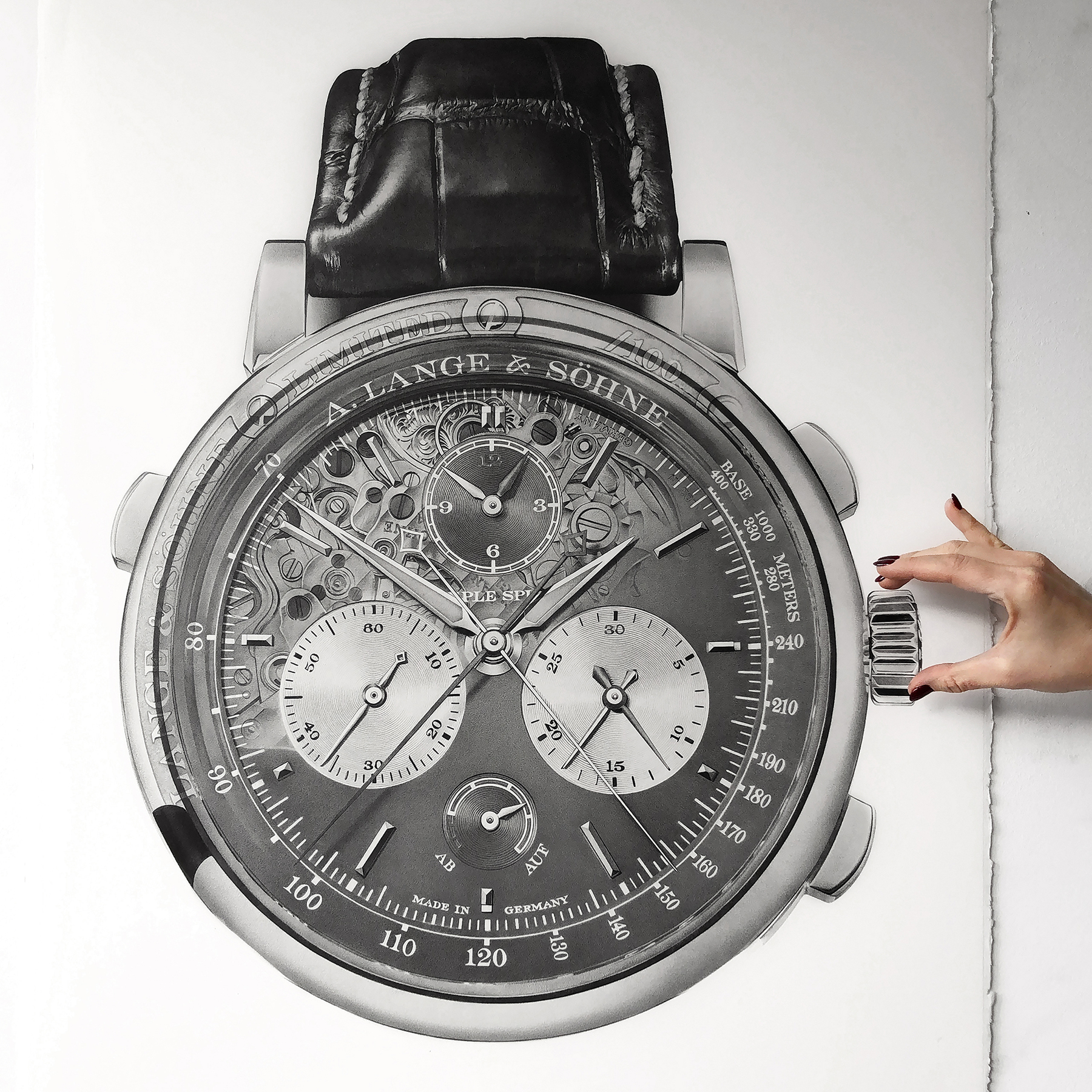 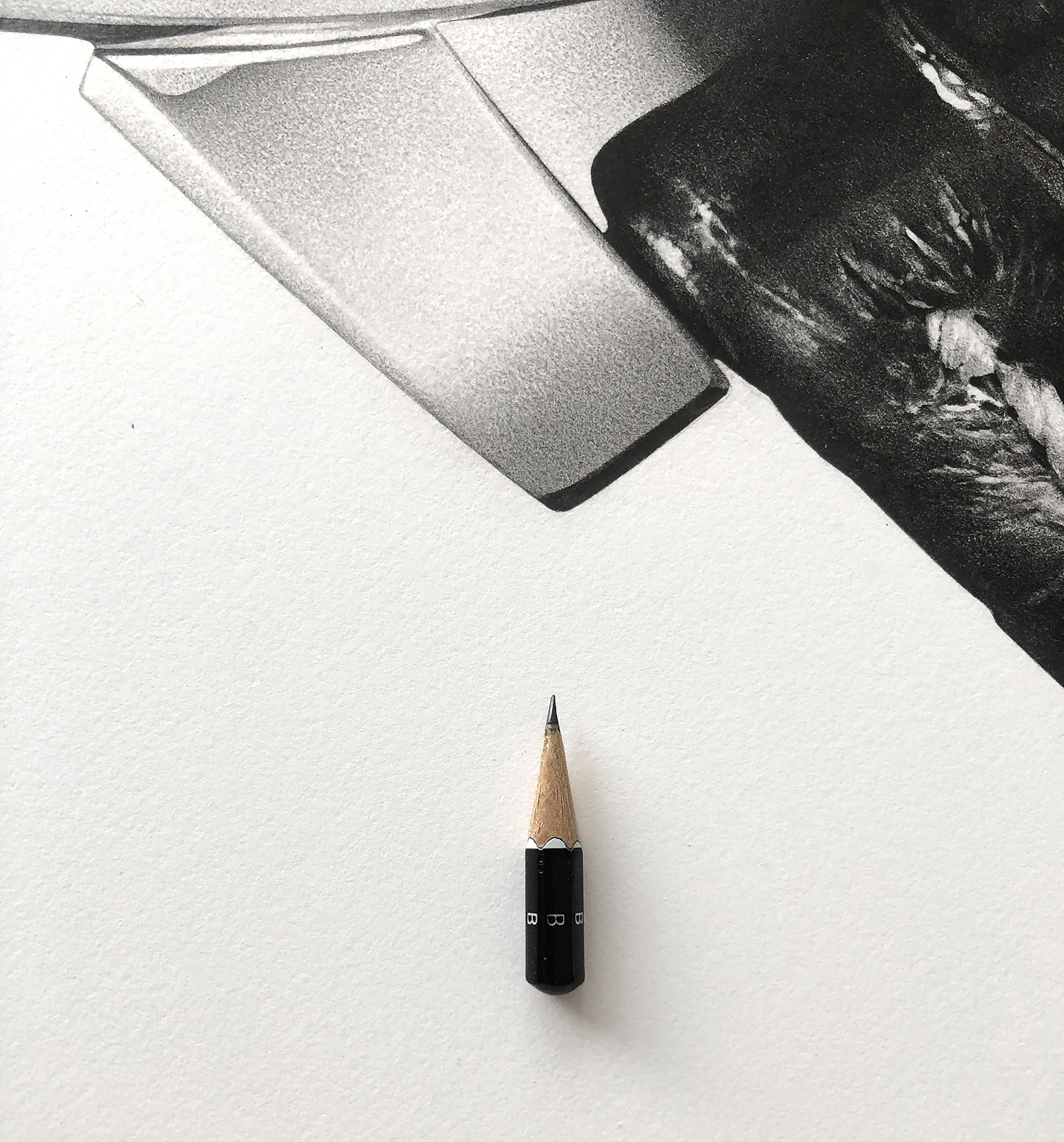 This drawing was commissioned by a client who fell in love with the artistry of the Triple Split when he first saw it in a magazine on a flight. The beautiful details on the front and back, as well as the uniqueness of this limited edition timepiece (100), were strong selling points and the Triple Split became the first Lange in his collection. This watch will be worn on special occasions and so he commissioned the artwork for his office to appreciate the timepiece on and off the wrist.

I’ve place a partial overlay of the movement and back ring on the upper dial and bezel which will include the edition number. The bottom of the strap and the edition number are the remaining areas to be completed on the piece once the timepiece has been received.