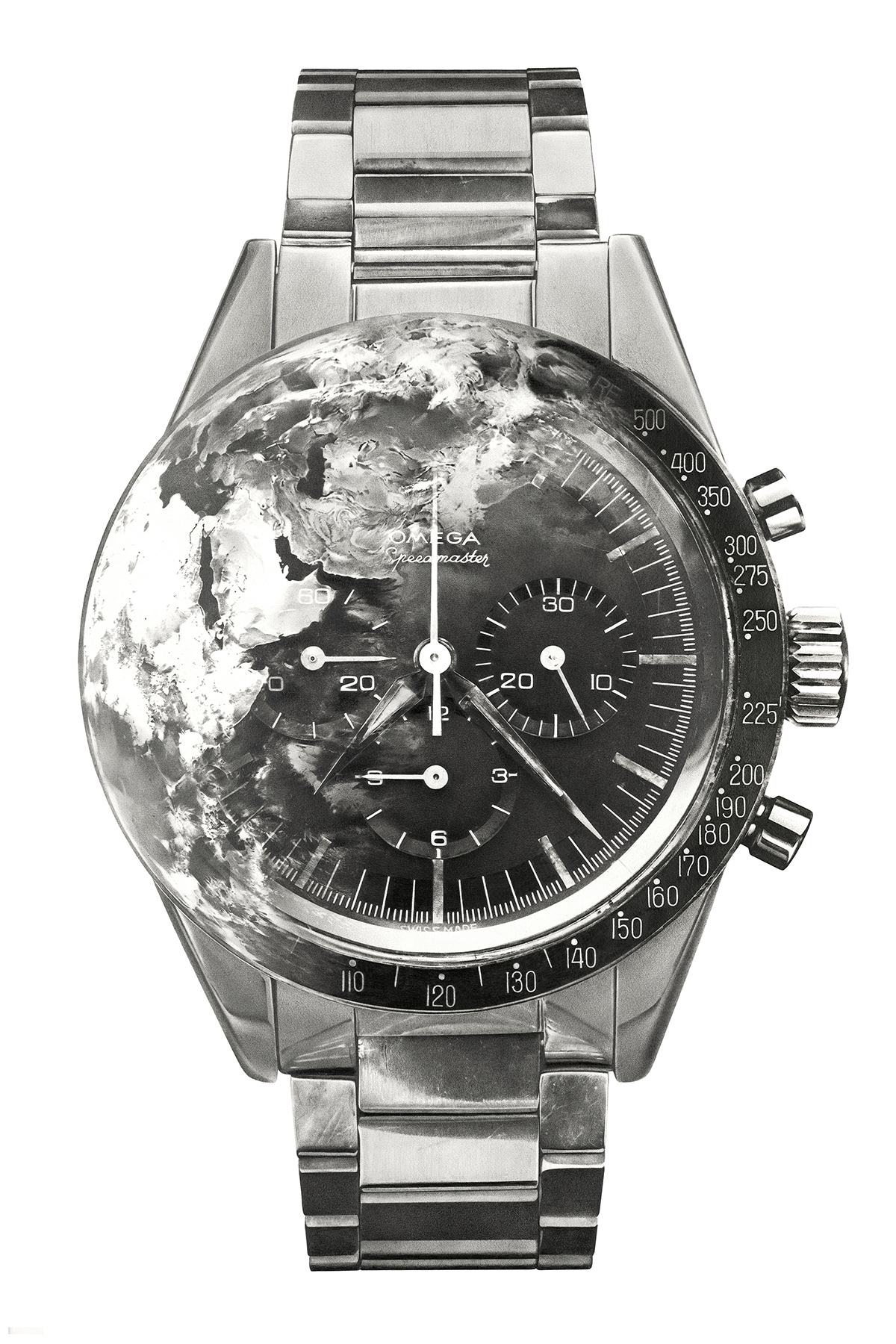 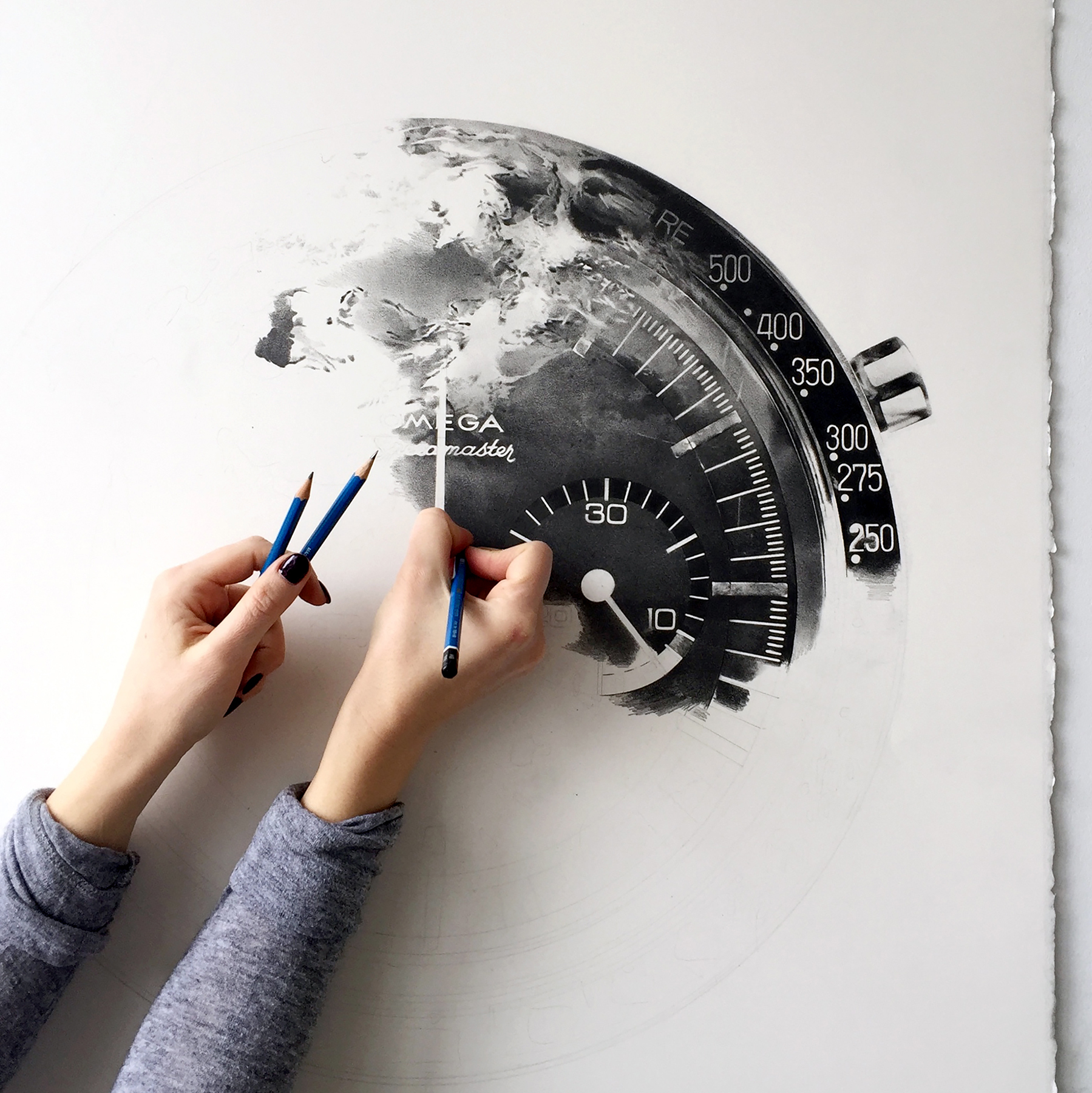 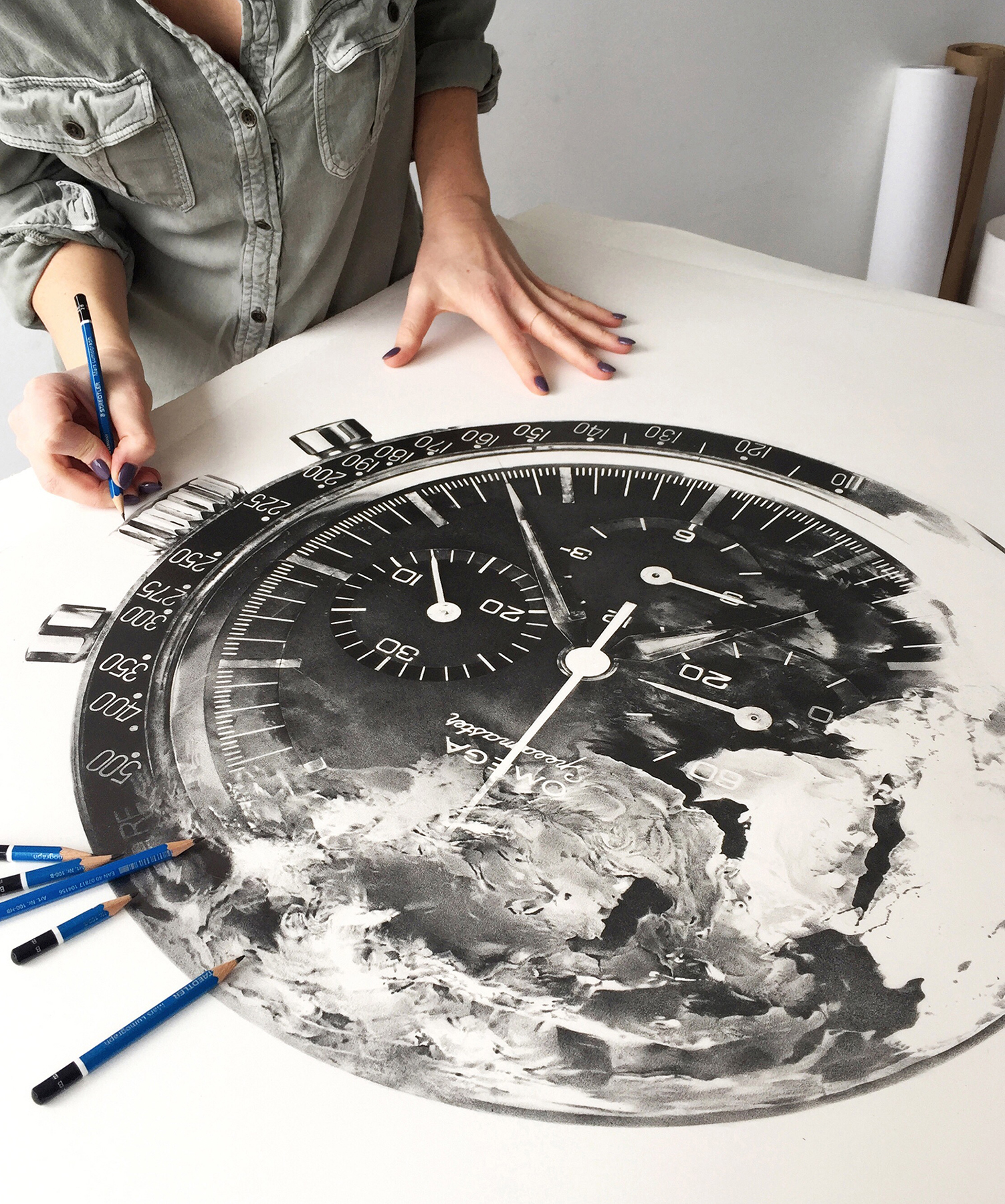 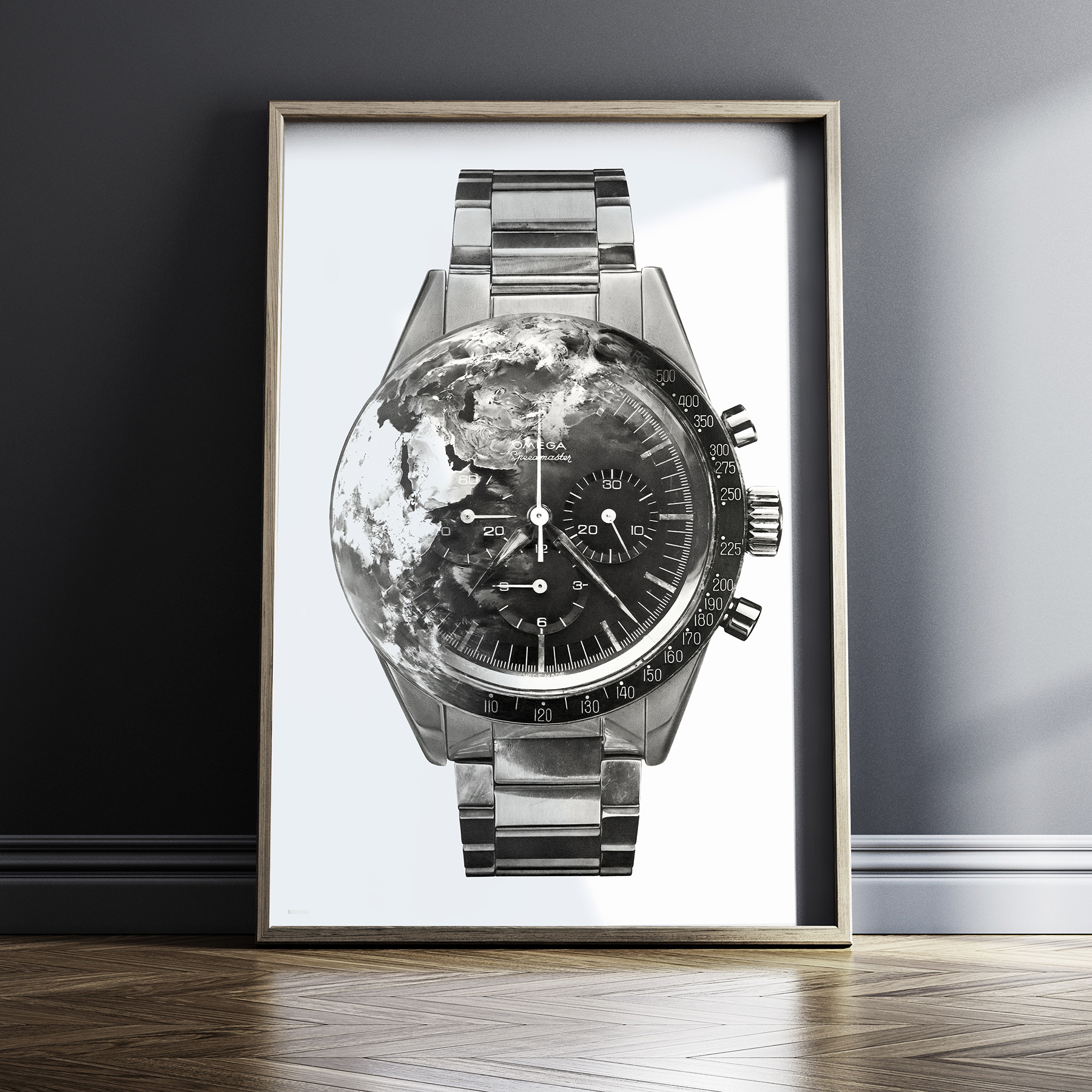 The Speedmaster CK2998 was the first OMEGA in Space, worn on the wrist of Astronaut Wally Schirra as he orbited the earth six times on the Mercury-Atlas 8 flight October 3, 1962. One of the objectives on this mission was to take photographs of cloud patterns and geological features and this has been represented in the overlay of an image of earth from orbit. The composition was inspired by the view Wally would have seen from his spacecraft, the light and shadows dancing on the earth and the moon.